People in our lives often act as a mirror of ourselves and especially the one we are closest to like family members and friends, even people we don't really like. The person who reflects us the most is the one we're in a relationship with.

The qualities we like in other people are the ones we posses, while if we're too critical of someone it's often because it's something we don't like about ourselves either. Because we wouldn't notice it or it wouldn't bother us so much.

I've noticed I tend to be attracted to similar guys. Most people have his or her type I think. I usually get too excited in the beginning but as I get burned later I'm scared to try again. I' ll do same mistakes and later say I'll never do it again only to find repeating myself. Never say never, right?

I think an ideal would be a little different from us but not too different. Like if you're too similar you'd get into fights but if you're too different you'd have nothing in common. It's good to have similar goals, for example starting a family is good, or to be with someone that you can be yourself with without changing too much.

It's been said that a partner can help you with unresolved issues you might have even from childhood which you can later bring into relationship. Sometimes it can cause a lot of trouble or anger and it can hurt the one we love. It's not easy to understand that the other person is actually in pain but if we try to see that it's easier to feel compassion.

It takes a lot of commitment and awareness for a couple to come together and try again. Sometimes it's difficult to understand that we're not loving ourselves when we're mad and not that we don't love the other person. Even if you end a relationship it's likely you will experience similar things with your next partner.

So it's easy to see a relationship can be a mirror to see things we cannot see by ourselves yet. Or if you are in between relationships it might be a good opportunity to create more awareness so you can have a successful relationship soon.
Posted by ladymiss at 2:41 PM No comments:

It's about happiness and how by changing the outlook on life we create a better life for ourselves.

By focusing on things we don't have, the things that are missing and we're worried about,  whether it's money issues or personal relationships, by constant thinking about them we're giving them more power and thus subconsciously we're going to attract more of the same.

The key is to live in the moment and appreciate all the good things you have at present and by doing so you'll attract more blessings and get yourself a peace of mind. Money won't necessary make you happy either, personally when I was the poorest I was the happiest. Money can get you a lot of problems.

From my experience giving is the good way to start. When you start giving whether it's money or love you'll instantly sending message that you have lot of it and you're going to get more of it in return. If you're desperate about something you will create the opposite effect and the money or love will run away!

Maybe it doesn't make sense to you, like how can you give something you don't have. But it does make sense and it's working perfectly and once you understand that and apply it in everyday life you'll see an improvement in both your relationships and your account.
Posted by ladymiss at 7:52 AM No comments:

SFI is a great place to learn marketing.

It has a lot of materials where you can learn the basics.

It's also a great place to make friends because everyone is just so helpful and wants you to succeed.

You also learn to treat your business like a business. Just like you would an actual store, you'd come in every day and check the inventory, the same applies to online business.

While you learn you get points which at the end of the month convert into money. It's an award for being active and a motivation to do more. While some may argue you need to invest every month I can't recommend it enough because of the value.

If someone wants to join to my knowledge the best sponsor would be SFI king. You can get $ 50 on your paypal account if you join through this link and be a part of his team. You also get a free one-on-one training.

There's a great emphasis on affiliates being treated as royalty and building a strong team. Logically because there's only so much you can do by yourself, that's why you need a team to support you.

In conclusion, you'll learn from the best but just like with any business you need to have fun doing it!
Posted by ladymiss at 12:30 PM No comments:

As you may already know, there are many paid to click sites but most popular is Neobux. You can earn money there by clicking advertisements. When you reach a minimum cashout limit you can request payment via Paypal.

There are strategies to earn more off of PTC sites besides a couple of dollars. The simplest one is to keep the money in the account and rent referrals. Based on their performance let them go or keep them for 15 or up to 240 days.

Once you reach the maximum number of referrals as a free member, next step would be to save for golden membership. It may take time to do that but for ten minutes per day of clicking ads it really isn't that difficult.

This is what your earnings could be in the end. You just need to click advertisement daily to earn from your referrals tommorrow. Once you have 2000 referrals you'll need more than 10 min per day to analyze their performance.

Maybe this post will help someone and hopefully it reaches them. What I was trying to say, while it's quite possible to earn a lot of money from paid to click sites, people who actually earn from them aren't clicking ads at all. They're advertising.

Posted by ladymiss at 8:41 AM No comments:

I believe honesty is the best policy when it comes to advertising.

Connecting a product or service with people who need it is target advertising. Smart advertising means you'll be selling cookies on a baking site. Making sure it fits your content.

Being transparent is important to make sure your customers return and recommed you. Building loyality and trust is a win-win for both because by doing good you receive good as well.

If you're someone looking to earn money online be careful of scam sites. If something looks too good to be true then it probably is. Never give out credit card info until you're positive the site is paying.

If the site requires you to pay a fee and it has good reviews, always ask for a trial to see if it works for you. A good site will give you a grace period before upgrading or asking your money.

Even those who are making big figure incomes, they have made it but it took them months if not years to achieve that.
Posted by ladymiss at 2:21 AM No comments:

Hi and welcome to my blog!

Here you'll find tips, tricks and links to the marketing sites I recommend.
It's mostly for beginners though.

I love inspirational people and inspirational quotes. Every now and then if I got stuck in a rut it's nice to read something uplifting to the spirit. So you'll find those sites under inspiration.

I'll write a little bit about everything and anything. I'll cover various topics from finance (I work as a bookkeeper) to importance of living a healthy i.e. balanced life. It's not just about work, it's also about having fun - right?

Posted by ladymiss at 1:40 PM No comments: 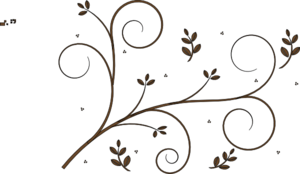